Let’s Head For The Bars in Bali Most tourists love to watch the glorious Balinese sunsets from colourful beach bars at Kuta, or any number of other beach/horizon/bar combos, while clutching a nice cold Bintang beer or potent Arak Attack cocktail. I read earlier this week that James Baker, an Aussie tourist, has committed himself to bars in Bali… for up to 12 years. That’s behind bars, by the way; and in an extremely grim Indonesian prison at that.

We’re not talking about cartels or mules with James. No, he’s just your average surfie guy whose mother almost certainly says he was always such a good, bright boy. Yet he took it upon himself to smuggle 28 grams of marijuana and some diazepam pills into a country that everyone knows has zero tolerance on drugs; and then told police he didn’t believe he was guilty because: ‘Well it’s legal in Australia, isn’t it mate’. Seriously, what’s wrong with the guy? Is he nuts? You’d imagine even a hermit would know that if you smuggle narcotics into Bali there’s a fair chance you will go down in a big way.

The media’s done its bit in warning global travellers. So has the Australian government. They even warn you on the airline when you come in to land: “Ladies and Gentlemen, Global Air would like to warn you that Indonesia (substitute Thailand/Singapore/China/Vietnam/Malaysia) has severe penalties for drug smuggling, including the death penalty.” There are any number of cautionary tales about the perils of filling your boots (or any other personal space) with narcotics of any kind when you travel to exotic climes. Why did James ignore the dire stories about Lindsay Sandiford, Schapelle Corby and Andrew Chan? Has he been hiding under a rock? Didn’t he hear about the firing squads or the prospect of life in a hell-hole jail? Presumably, he thought he’d get away with it. Or maybe he fancied a good caning. Perhaps he simply didn’t care. Maybe he genuinely didn’t know.

It’s interesting therefore, that this is the International Year of Sustainable Tourism for Development. The World Tourism Organization (UNWTO), which is the body that came up with the concept, is trying to make a difference.  It launched its campaign around the idea of ‘Travel. Enjoy. Respect’. It’s a worthy notion and it focuses on the contribution that sustainable tourism can make towards development of a destination. The travel industry is heavily involved and committed and the campaign even reaches out to consumers too. There’s a manual of tips to help travellers make responsible choices and have a positive impact on the destinations they visit.

The problem is that we industry types embrace these great ideals, but perhaps don’t always filter them down to the average global Joe or Jane.

I suspect most vacationers would have no trouble running solo with the first two words of the triptych, as evidenced by the sheer quantity of hedonistic ‘travel’ and ‘enjoy’ selfies on Facebook and Instagram, but my point is that somehow ‘respect’ is not a major enough part of the tourist’s lingua franca.  Interestingly, I attended the European Tourism Association (ETOA) summit in Lucerne last week where the issue of increasing local resentment towards tourists in some destinations was also discussed and reinforced during one of the panel sessions, with tourist insensitivity to local life cited as one of the underlying factors.

I believe all of us in the travel industry: agents, operators, OTAs, airlines and NGOs, could and should support, promote and better explain the meaning and linking of the words ‘Travel. Enjoy. Respect.’  And we need to do so collaboratively across the industry and in a more relatable way at consumer level. We must all sing from the same hymn sheet.

Let’s get more engaged and more specific with travellers about the importance of sympathetically engaging with local communities, culture, environment and, yes, laws.

We’re too late to help James, and clearly not everyone wants to take advice, but maybe we can do a much better job of explaining how respect and enjoy go hand-in-hand (and in that order) when travelling. It’s good for everyone.

Sad story. Last year I sat next to a guy on a Thai Airways flight from Hong Kong to Thailand. He was ‘half-trollied’ and was doing the ‘leaning over people’ gig, which in this particular case meant leaning into me. He was drinking heavily, from an open bottle of vodka, and repeatedly left his seat to disappear, with a very suspicious looking clutch bag, into the toilets with his girlfriend. The track-marks down his arm and blood-spotted tissues he returned with suggested they weren’t just in there to join the mile-high club.
The fact that the crew had to break down the door to get them out as the plane came into land didn’t bode well for their upcoming vacation plans either. Sure enough, they were greeted at the end of the gangway by a line of around nine police officers packing serious weaponry.  I got the feeling that neither would be heading to their booked hotel any time soon. 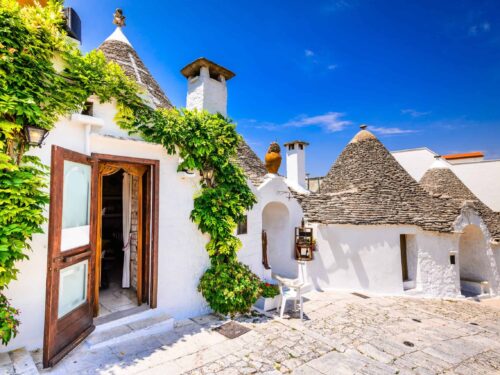 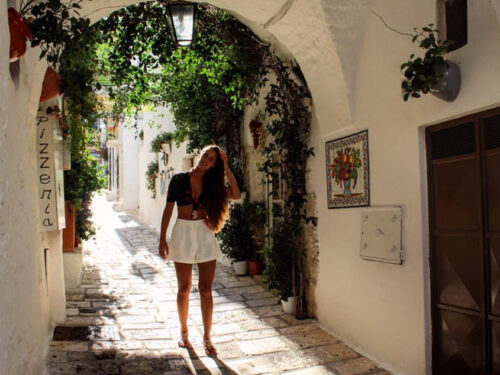 The Age of Personalisation 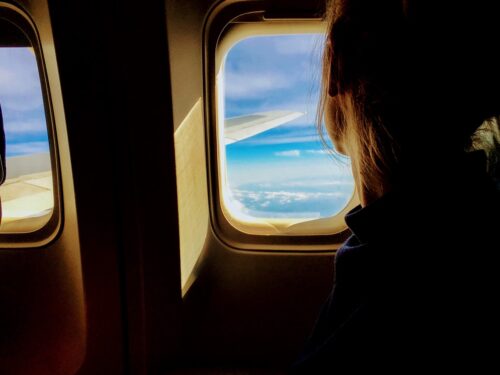 Other tourists are the pits and the joy of touring